There's a virus going around. It's causing a pandemic and it is very serious. It is officially called SARS CoV-2, and the disease it causes is named Covid-19. It's was also referred to as the novel coronavirus because it’s got cone-shaped things on it and it’s newly discovered. Here’s what it looks like: 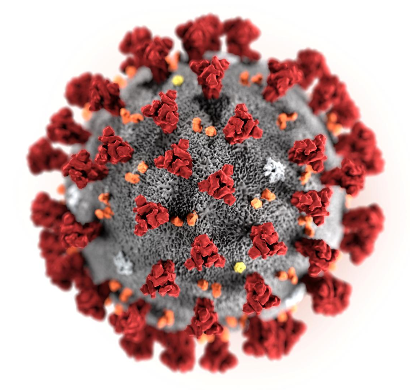 It’s in the same family as the flu and the cold virus, and it has some similar symptoms. Doctors discovered this one in November 2019 in Wuhan, and no matter where you are in the world, and as we've entered a pandemic stage, it is likely that you might get it. Statistically, most of us will survive: the vast majority of people who do get the virus will heal. Devastatingly, there have already more than one million people who haven’t made it, and our thoughts are with their loved ones.

Over the summer, after Wuhan opened back up and successfully had the COVID-19 outbreak under control, we interviewed a Wuhanese doctor who fought COVID-19 from start to finish. They provided insight on a timeline of what actually happened in Wuhan, what Wuhan did to fight COVID-19, as well as the medical, emotional and cultural implications of COVID-19 on Wuhan. This interview is translated from Chinese to English by the interviewer. Personal details have been deleted to protect the doctor’s privacy.

China Residencies: Can you tell us a little bit about yourself and your specialty?
Doctor: I attended undergraduate and graduate school in Wuhan specializing in 中药 (traditional Chinese herbal medicine). I have been practicing in Wuhan ever since, and I currently live with my spouse and our kid.
CR: Can you give us a timeline of COVID- 19 in Wuhan, according to your personal experience? What are the important turning points during the pandemic in Wuhan?
Dr: In mid-December, I was away at a conference when I heard my colleagues in Wuhan talking about a mysterious lung disease spreading around that was similar to SARS. When I got back to Wuhan a few days later, my colleagues and I started having conversations about this new disease, since it shows up differently than normal lung diseases under the X-ray. Still, none of us knew what it was, and we were unsure about how to diagnose it. Wuhan has never been a hotspot of a pandemic before, so it did not even occur to us that it could be the start of a global pandemic.

In early January, the doctors realized that the disease could be transmitted from person to person. Prevention of interpersonal transmission was still a big issue, since the virus spreads fast among crowds and the hospitals are extremely crowded. It did not help that late-December and early-January was the flu season in Wuhan, and concerned patients all rushed to the major hospitals with the worry that they have contracted the mysterious virus instead of the regular flu, which caused further cross-infection. The fever department in major hospitals was soon completely overwhelmed by the number of patients. To accommodate the patients, hospitals had to put every other department on hold and train their doctors to diagnose the new lung disease with the highest degree of emergency. Without enough expertise and time to diagnose and treat, all patients whose X-rays exhibit the symptoms of COVID-19 were treated as a COVID-19 patient.
In early February, 5 specialty hospitals for COVID-19 patients, called 方舱医院, were built in major exhibition centers and other empty pieces of land. Case numbers started reducing in mid-February. By early March, most patients in Wuhan had recovered.

One major turning point occurred in February when top epidemiologists from around China were sent to Wuhan to establish a tracking system for COVID-19 patients in Wuhan. They investigated the size of each community (社区) in Wuhan, and tracked who the diagnosed patients had been in touch with, within their communities. The epidemiologists developed a multi-layered system for patient treatment. They tested everyone who had been in contact with the diagnosed patients. Those who had mild symptoms were sent to the special COVID-19 patient hospitals, while those who had more serious symptoms were sent to major hospitals appointed to treat COVID-19 patients. This made sure that everyone got tested, diagnosed, and treated in the most timely manner, which is key for COVID-19 treatment.

CR: Why do you think COVID-19 caused so much fear among Wuhanese people when it started?
Dr: I think there is a sense of helplessness among both doctors and patients. Of course, there was the factor of facing a virus that is completely new to all of us. I think that one thing that is unique to COVID-19 is its unpredictability. My colleague had an elderly COVID-19 patient who was put on a ventilator and was doing great. After a four hour break, he came back and found the patient gone. There were countless cases like this.

CR: What other factors contributed to Wuhan’s quick control of COVID-19, apart from the multi-layered tracking and treating plan you mentioned?
Dr: I think one of them is that the hospitals operated on a people-first system. All expenses of COVID-19 were reimbursed and all testing was free. A lot of people in Wuhan died with a lot of debt from their ICU stays in the early days, when people knew very little about COVID-19. The government was able to trace back their records and reimburse their families. Another factor is that doctors and health-care workers were very well-protected. Free hotels and food were provided to us so we would not have to go home and put our families at risk. Doctors older than 50 were not appointed to the special COVID-19 hospitals and doctors older than 45 can only make temporary visits to those hospitals. At first, we had a huge shortage of masks and protective gear, and at one point doctors had to wear trash bags as protection. The local factories in Wuhan switched from producing cars to masks and other protective gear to make sure that hospitals had enough supply.

CR: What was your experience as a parent and spouse during COVID-19, in addition to being a doctor?
Dr: I think I have found a new sense of community in the middle of all this madness. Over the past years, Wuhan had been growing fast financially, but people were also getting busier and had less time to participate in community activities. After COVID-19, I felt more like part of a community. When I was away, working in COVID-19 hospitals and staying in quarantined in hotels, my community took on the responsibility of taking care of my family. When there was a food shortage, my spouse and child were given priority for grocery shopping online. When online classes started, my kid received free tutoring from people in the neighborhood. That made me feel a lot better being away from my loved ones during a pandemic. People were also able to connect even in the special COVID-19 hospitals. Since they all only have mild symptoms, we encouraged them to be in a good mood and keep exercising to speed up their recovery. The patients formed little groups dancing, singing and doing taichi together, making friends and creating memories in the middle of a pandemic.

and the memes, always the memes:

Whenever we get more than ten people asking us the same question, we start writing a resource guide to share information and solutions as widely as possible. This guide was first compiled by the China Residencies team on February 4th 2020. We will update it when there is more news! We’re sending courage to all those affected, especially the medical staff and including everyone who is stuck, quarantined, worried about loved ones and affected by the many expanding ripples of this ongoing outbreak.