A Year of China Residencies in Review

In the year and a half since China Residencies started taking a close look at residencies in mainland China, the one constant has been change. Independent arts organisations close and new ones open in their place. People running spaces move on to other projects, program staff comes and go, rents go up… and all three factors contribute to notable demises of community organisations, co-working spaces, collectives, and residencies.

In Beijing, independent base Homeshop closed after nearly six years at the very end of 2013. Founded by theoretically-minded artists and writers, Homeshop hosted discussions, film screenings, community item swaps and aquaponic agriculture experiments alike. The courtyard and surrounding kitchens, studios and workspaces had been described as a "rhizomatic-in-the-Deleuze-Guattarian-sense arts space and community center” and became a central hub for critical discussion. Homeshop celebrated its very last event with the launch of Appendix, a collection of stories about the space, and although their physical home is no longer, the Homeshop collective nevertheless recently contributed work to the multi-gallery exhibition Unlived By What Is Seen. 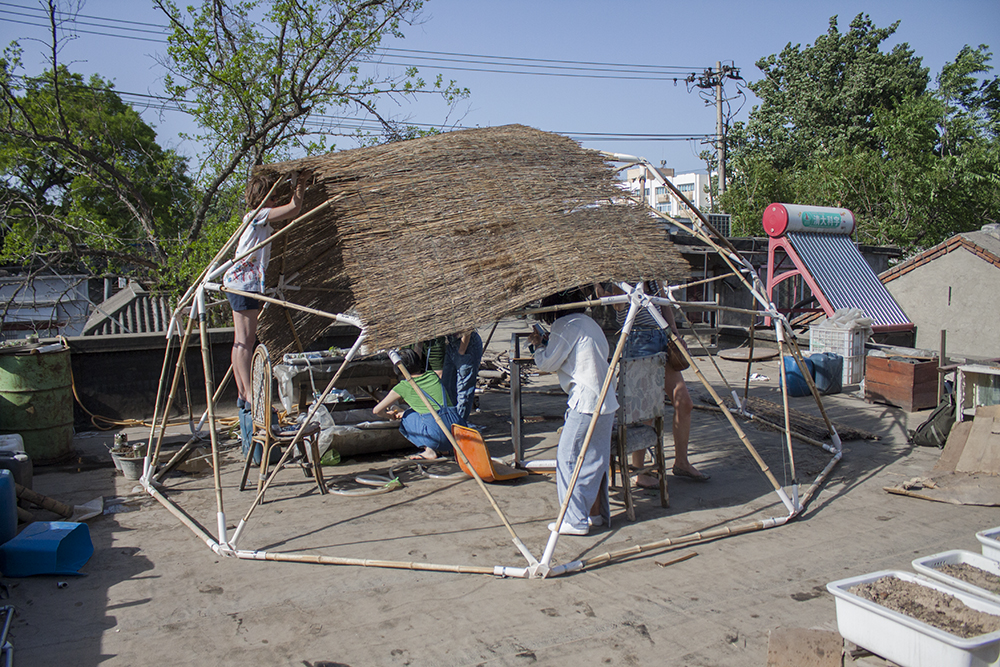 The Homeshop mission lives on in other incarnations throughout Beijing’s hutongs, notably in two nearby nonprofit residency programs. Antonie Angerer and Anna-Viktoria Eschbach opened up shop at i:project space over the summer in Banqiao hutong, hosting artists Annalena Müller and Michael Bodenmann so far, as well as many artist talks, exhibitions and events in their new space. Their neighbor residency in Heizhima hutong, The Institute for Provocation, opened up an exhibition space named after their alleyway, Black Sesame. Artists-in-residence Alessandro Rolandi hung a swing from the ceiling and Esther Kokmeijer created immersive experiences out of artificial clouds and inflatable cars in the small space, providing a chance for the visiting artists to present their works directly to the public, right then and there. IFP also continued their already strong tradition of lively discussions and thought-provoking presentations.

Over in Shanghai, two creative co-working spaces ceased operations: W+K+ and Xindanwei are no longer. W+K jia provided creatives with office space, the latter in exchange of occasional work for the advertising firm Wieden + Kennedy, which occupied the rest of the building. It housed music promoters, skate-board designers, and Thea Bauman’s interactive nail art ‘appcessory’ art project-turned-startup, Metaverse Makeovers. Xindanwei also offered shared workspace for all kinds of creative work, including the occasional painter and dancer. Choreographer in residence Janis Claxton worked on collaborative pieces between Scottish and Chinese troupes, and also gave ‘innovation workshops’ for tech companies during her stay. 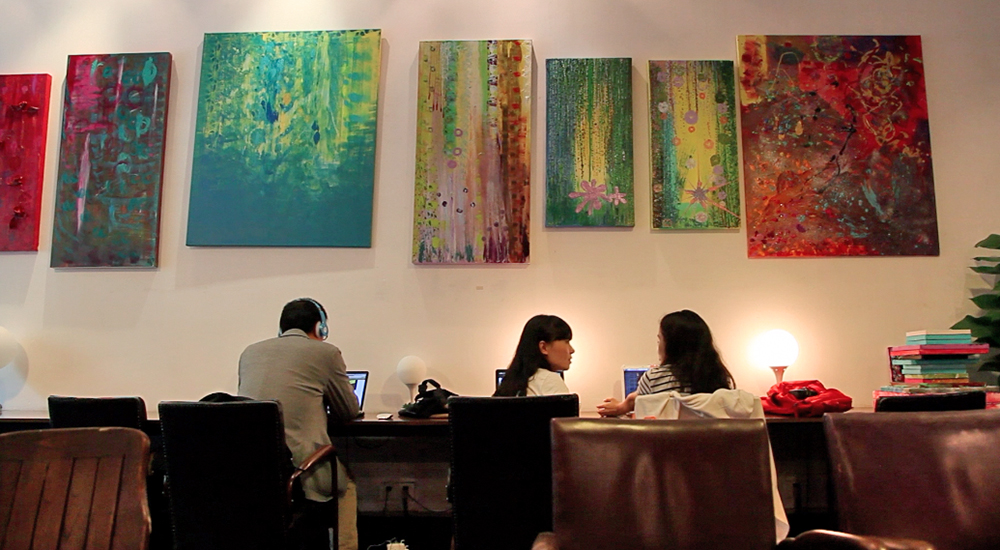 While those two relatively short-lived endeavors faded away, Shanghai’s Swatch Art Peace Hotel Residency across town celebrated their third birthday with the exhibition “Faces & Traces”, live public performances, parties, and traditional Swiss yodelling on the Bund. So far, 139 artists from over 30 countries participated in their luxurious, fully-funded residencies, which provides artists with hybrid studio-suites that occupy two entire floors of the hotel.

Back in Beijing, Red Gate’s residency program is going on 15 years of hosting international artists in Beigao, and welcomed a new director, Emma Karasz. Neighboring Imagine Gallery’s residency went on hiatus, while Three Shadows’ photography-based residency program re-emerged from a two year slumber. After closing their international artist residency in 2012 to focus on their education department, Three Shadows started hosting artists again over the summer in partnership with the Dutch Year of Culture, with the arrival of Sofie Holten. A new residency is also taking form in Caochangdi, with actor Ben Teare launching the first residency dedicated solely to the performing arts, The Beijing Moving House.

Other small artist-run spaces are growing and expanding: Songzhuang based residency Dongdong & Lulu opened up a third space in Hohot, and now offer artist the opportunity to split their time between inner Mongolia, Nanjing, and Beijing. On the academic side, Tsinghua’s TASML program expanded internationally — in addition to hosting media artists like Karen Lancel and Hermen Maat Maat on the university’s Beijing campus, TASML partnered with Carroll / Fletcher Gallery in London to send young Chinese artists to residencies at New York’s Eyebeam, starting with Wu Juehui (applications are now open for emerging media artists under the age of 35 to try out for next year’s spot.) And in exciting news for the new year, China residencies are taking to the seas! Artists can apply now for Twenty-Three Days at Sea, a residency aboard a cargo ship that will make its way from Canada to Shanghai.

As for us at China Residencies, 2014 was a great year and a awfully terrible year all at once.

An awesome year, in that we got our very first grant from the Australian Copyright Fund to send three fantastic artists, Jason, Iain, and Astra, to residencies in smaller cities across China. We travelled to Melbourne to speak about creative exchange between Asia and Oceania, worked alongside our stellar summer intern Julia Malleck, and welcomed Iona Whittaker as a contributing collaborator in our new partnership with randian magazine. We also launched a Resources section on the website, interviewed dozens of artists and residency administrators, and consulted with artists and programs to help launch great projects in 2015.

But this past year was also a devastating year.

In June, China Residencies’ founders, Kira and Crystal, grappled with the news that Crystal’s cancer was advancing at an incurable rate. We spent the summer focused on her health, making plans for a future without her and making the very most of her time left, as best we could. Crystal passed away on August 10th. After taking the time to mourn and celebrate her life in the US and China, we went on to create a residency in her memory at Red Gate. Jagrut Raval is nearing the mid-point of his time in Beijing, where he serendipitously is exploring themes and mediums dear to Crystal’s heart: food art, maps, social justice, and sharing moments with strangers and friends.

Thank you all for your support, encouragement, and kind words in this extremely strange year. Here’s hoping 2015 is full of new adventures, projects, and life!