Announcing The Future of Memory Residents and Finalists

As the pandemic persists, and travel to China remains complicated, we continue to host and organize remote, virtual artist residencies as a way to safely weave new connections.  China Residencies is excited to partner with Future of Memory to launch a new open call on algorithmic resistance. Below are our 4 residents and finalists! 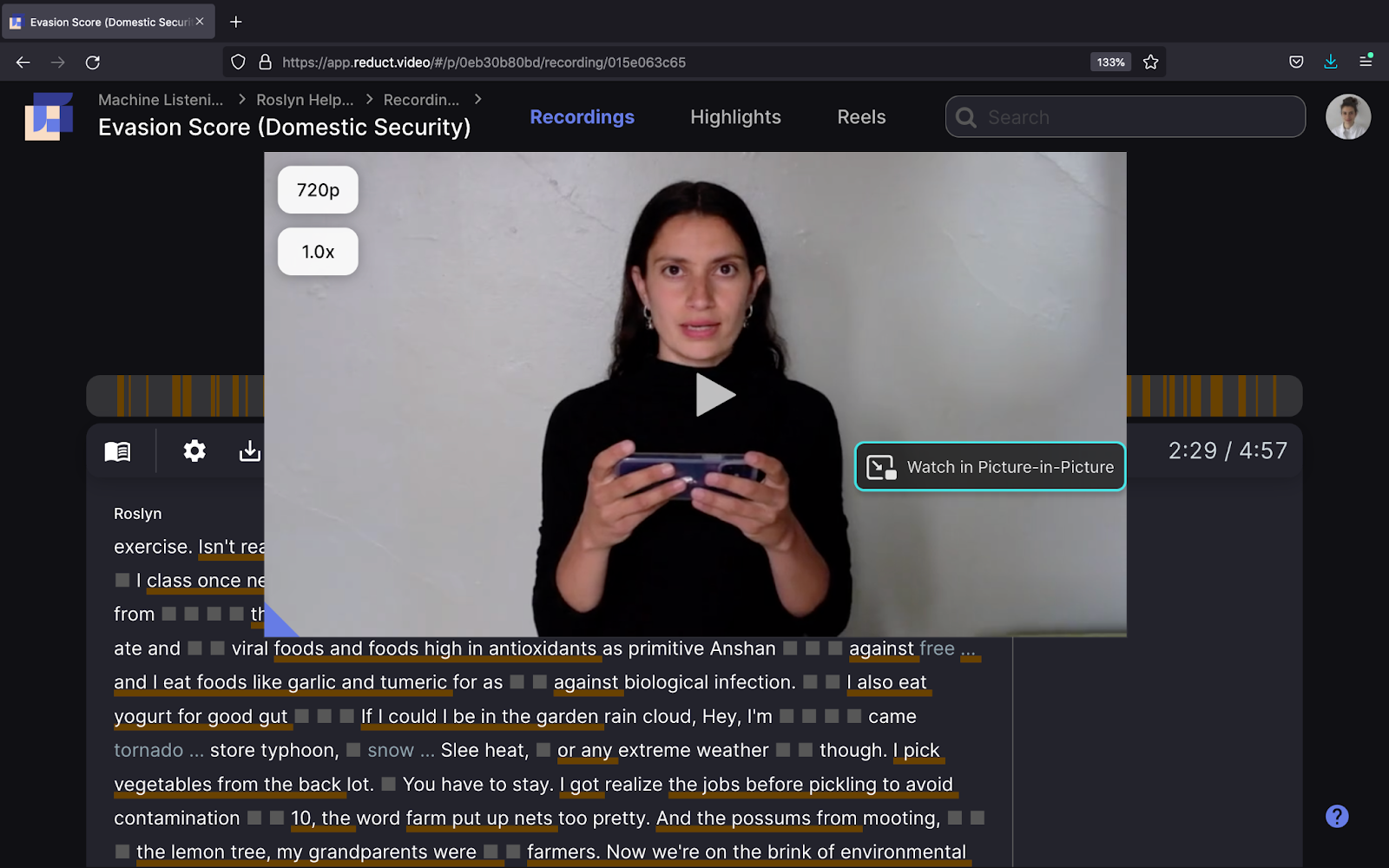 Roslyn is a multidisciplinary artist whose work explores the ways in which new technologies produce language, communication and meaning. Evasion Scores is an ongoing project that comprises graphic scores and performances to examine and resist domestic surveillance and eavesdropping from smart speakers, phones and other devices that 'listen'. 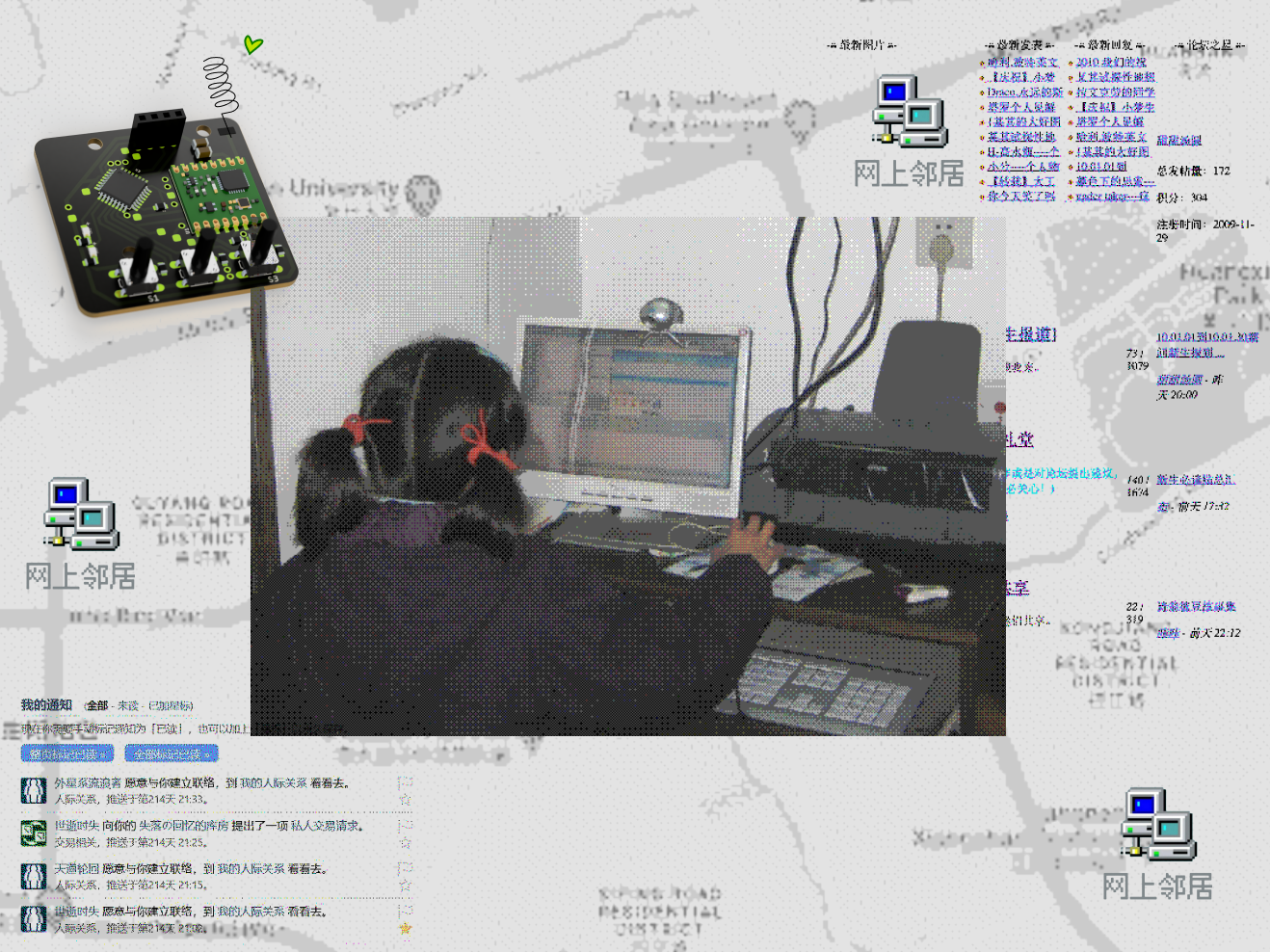 Screenshots from early Chinese online forums, overlaid with a dithered image of Viola at a young age using a computer, shot from the back.

Viola He is a programmer and artist, exploring alternative systems and interfaces that decentralize communication and inspire mutual care among networks of people through hardware, computing, and movements. Their ongoing project, How About Talking to Neighbors, searches for surveillance protection by investigating wireless protocols that are independent to large infrastructures as a form of radical resistance, and designing an open-source small communication device for small networks away from the internet. 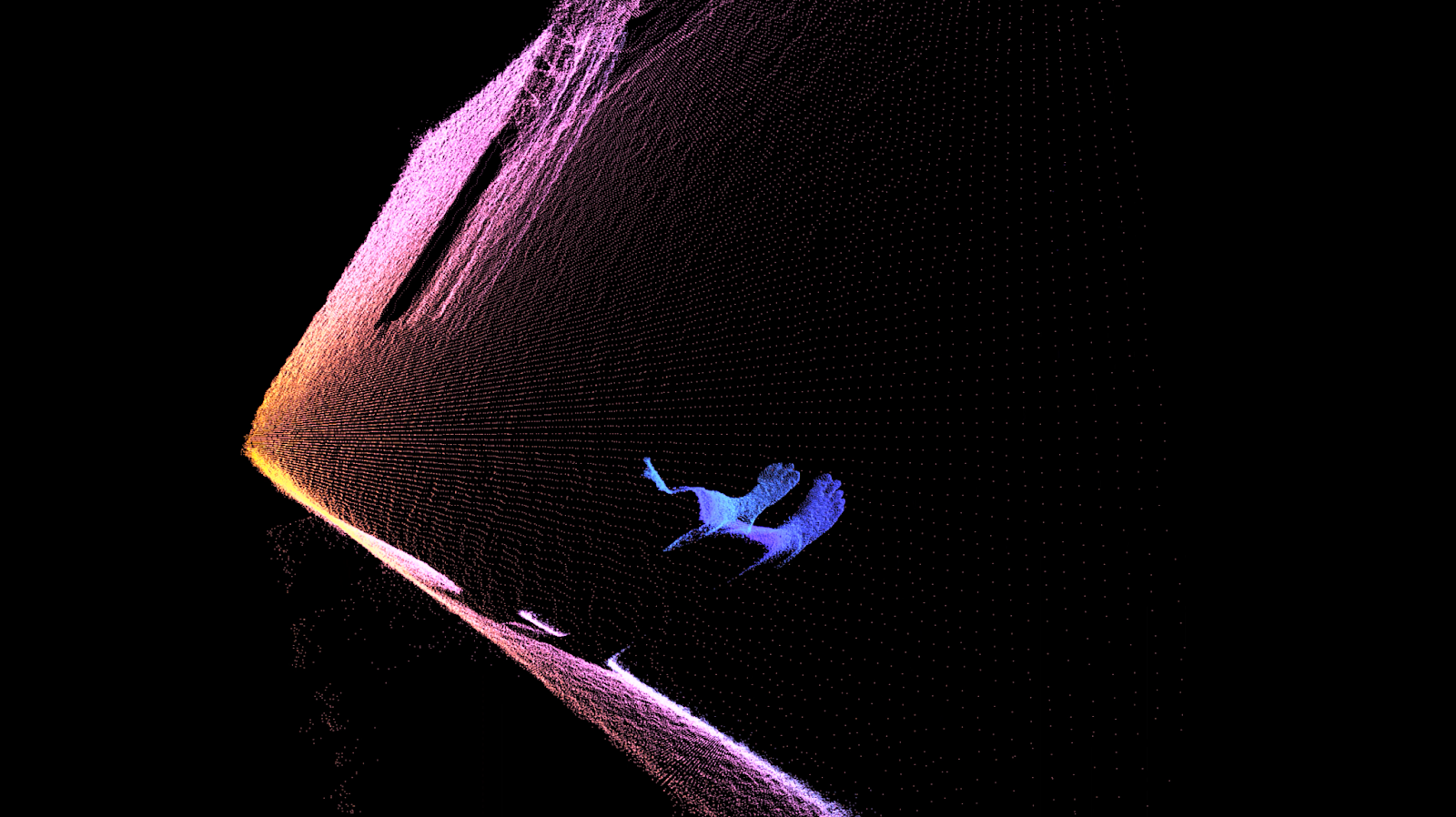 Vishal is a Bangalore, India based Artist, Filmmaker and Curator working across text, film, sound, performance & computational arts. His practice is rooted in his own Subaltern Caste lineage and investigates a range of critical concerns around Caste, Race & Technology. This is a video diary of pandemic times made using the screen recordings of “touristic cameras” surveilling the city of Istanbul and an accompanying image-toolbox for the dissident.

Below are the Finalists:

​The future of memory is distilled from the symbolic exchanges of the past. 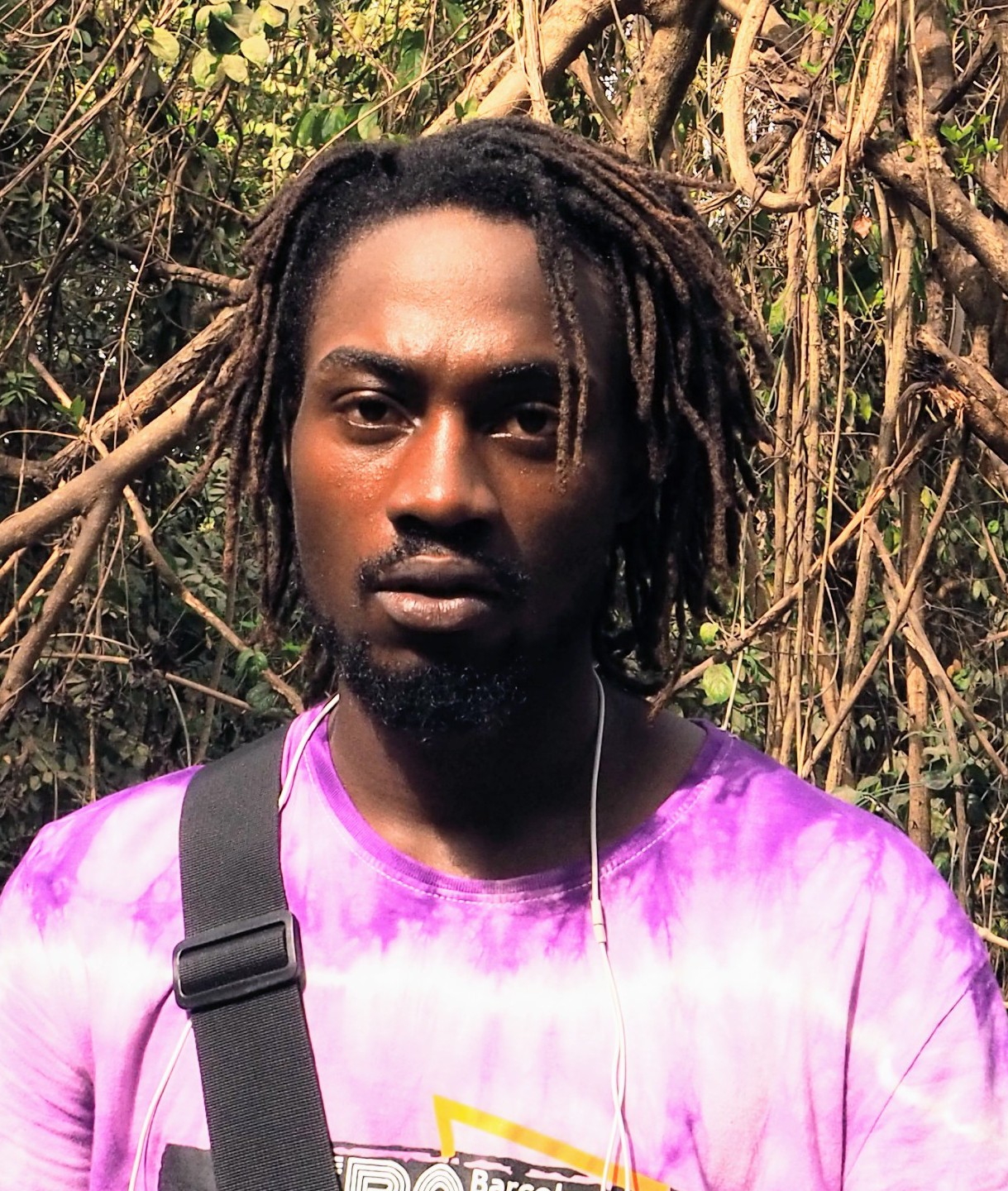 James is Yoruba experimental artist and curator whose work investigates individuals in universal space and structure. 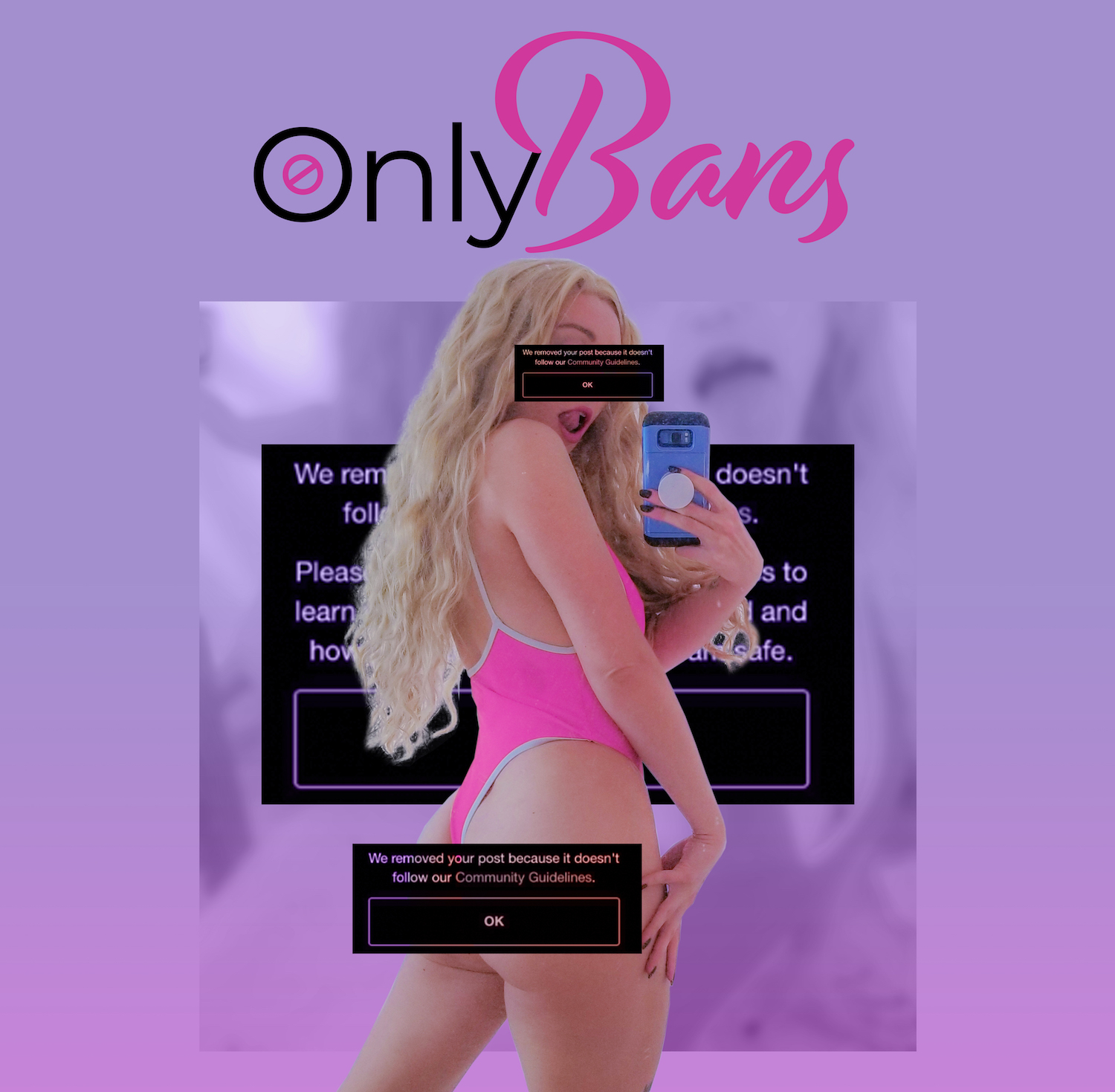 OnlyBans is a digital game about social media censorship and digital discrimination against sex workers, who are mobilizing to liberate the Internet. 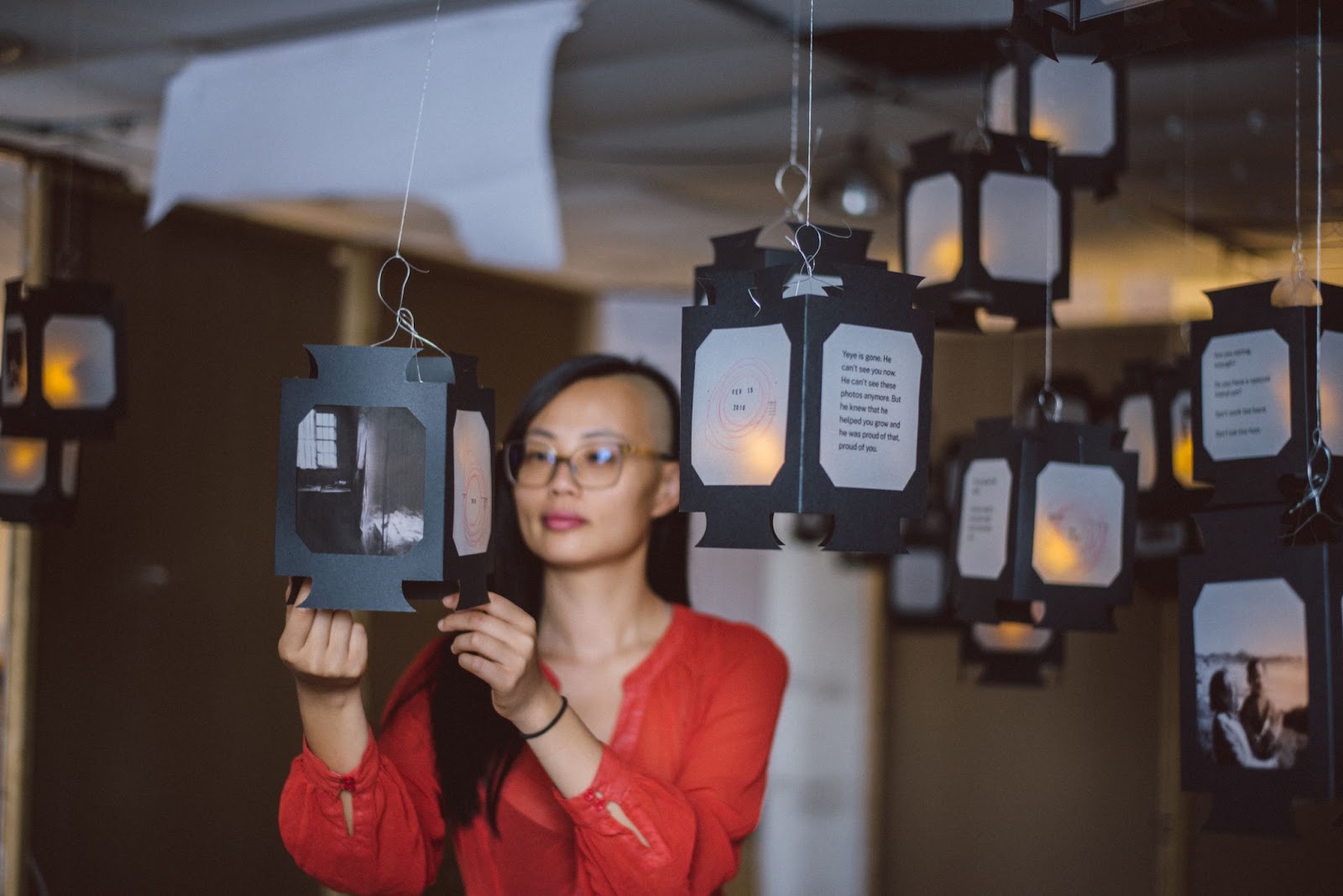 Xena hanging handmade lanterns for her interactive installation, The Lottery, which has been featured in the Washingtonian and the Washington Post. The Lottery merged personal stories about immigration with critiques of the United States’s discriminatory wealth-based policies that targeted working class immigrants. Visitors were randomly divided into two rooms, The Motherland or The Homeland, based on the ticket they received. These were separated by a paper wall, which was torn down by visitors on opening night, uniting the narrative across both rooms. Lanterns in The Homeland narrated Xena's family’s immigration story from her perspective. The Motherland lanterns told the same story of reunion and separation from her grandmother’s point of view.

Xena is a Chinese-American designer and artist who uses public archives and interactive experiences to uplift stories obscured by history, policy, and neglect. 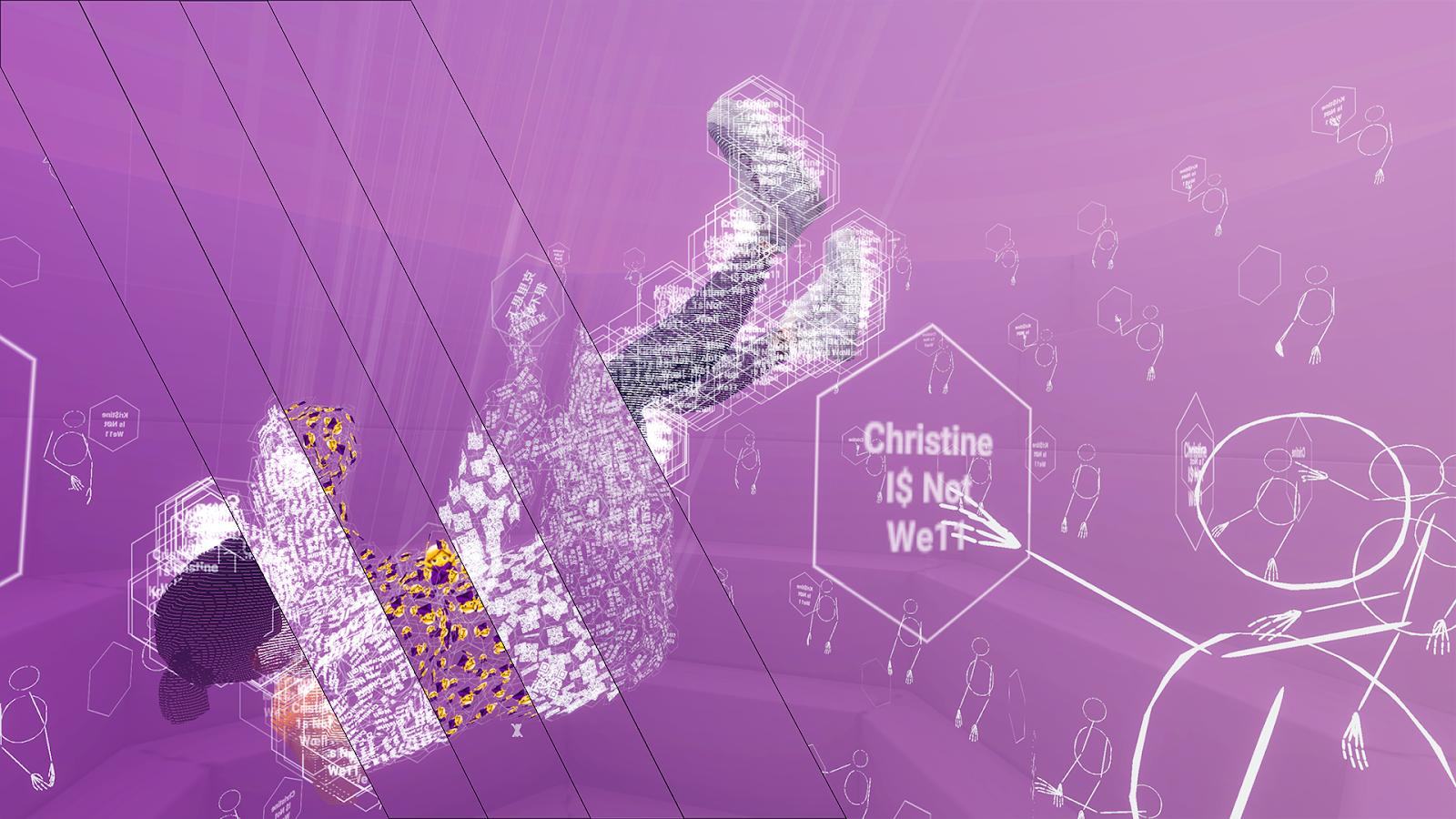 Internet Multiverse vs. Algorithmic Censorship - A VR experience that documents the online battles between creativity and the keyword-based machine learning censorship happening in China and all around the world. 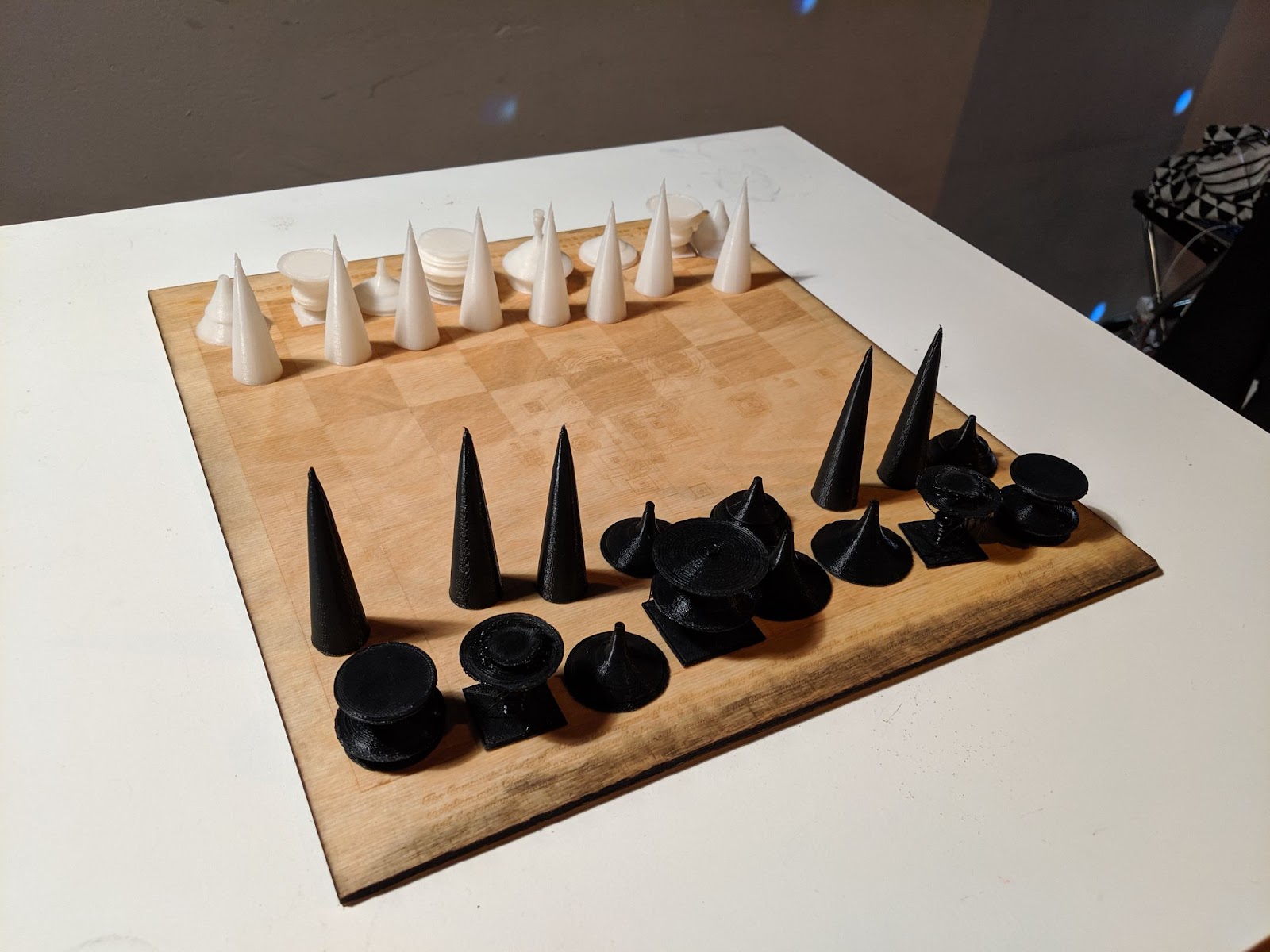 Henry Haoyu Wang is a new media artist often using data and information as medium. Henry would like to extend the browser as a performance space for the viewers, and raise the question who is watching and who has been watched in digital spaces? 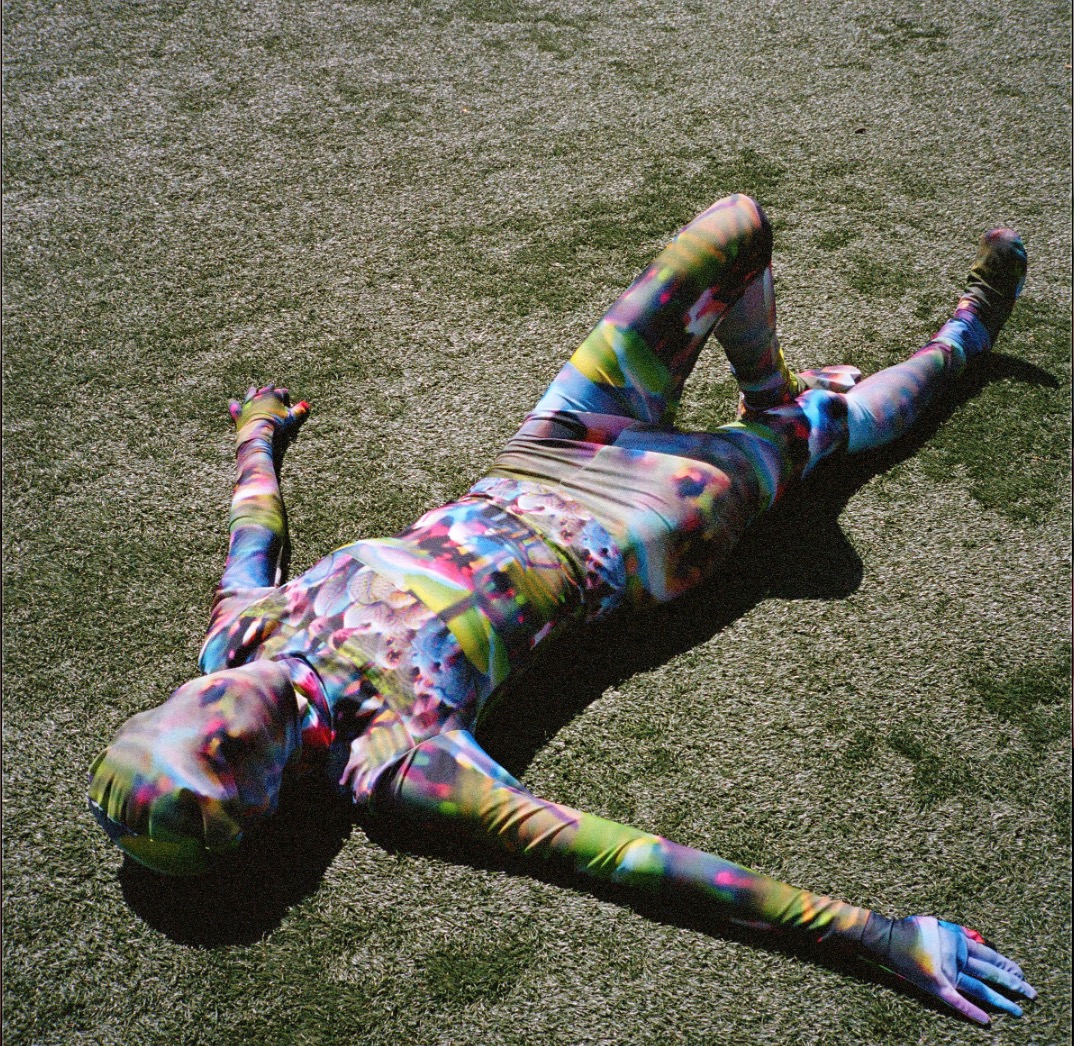 Photo from artist's recent work Watch it From Where They Are (2022), depicting a person wearing garish pattern prints laying on a faux grass lawn, enjoying a rare moment of sun backing in NYC Chinatown. Photo: Carmen Ma. Model: En-Tung Liu

To commemorate a group of words forced into erasure by the Chinese government, we are building a digital obituary for them as if they were once-lived persons, whose biography and causes of death are written with the assistance of a machine learning model.