Our jury selected 13 finalist projects out of the over 200 applications we received this year for the Locality / Reality 本土性 ／ 现实性 open call with the Inside-Out Art Museum Residency in Beijing from scholars, curators, writers, filmmakers, and artists concerned with history, politics, and society. We are pleased to announce that Haruna Honcoop has been awarded this winter's residency:

Haruna Honcoop
Built to Last: Relics of Communist-Era Architecture in Eastern Europe - to be continued in Beijing
Haruna Honcoop is a Czech-Japanese audiovisual artist/filmmaker interested in architecture and urbanism, working on a new documentary project about Beijing urbanism in the relation to the Olympic Games and continuing her previous ongoing project documenting the communist-era architecture.
FINALISTS: 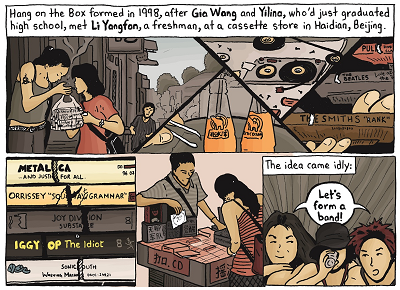 Kirsh Raghav & Josh Feola are creating a comic book on the history of underground music culture in China, centered around 10 key bands from the mid 1990s to the present day. 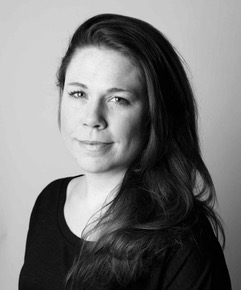 "My research deals with all-female group exhibitions beginning from the 1990s up until today, with an emphasis on the various standpoints artists and curators take within it." - Julia Hartmann

'In Memory of June (from Central)’, 2018. Single-channel video
Frankie Chow is a conceptual artist based in Sydney, Australia proposing to negotiate eastern and western attitudes towards culture and traditions through attempts at chinoiserie and ironic humour.
Sally Adel 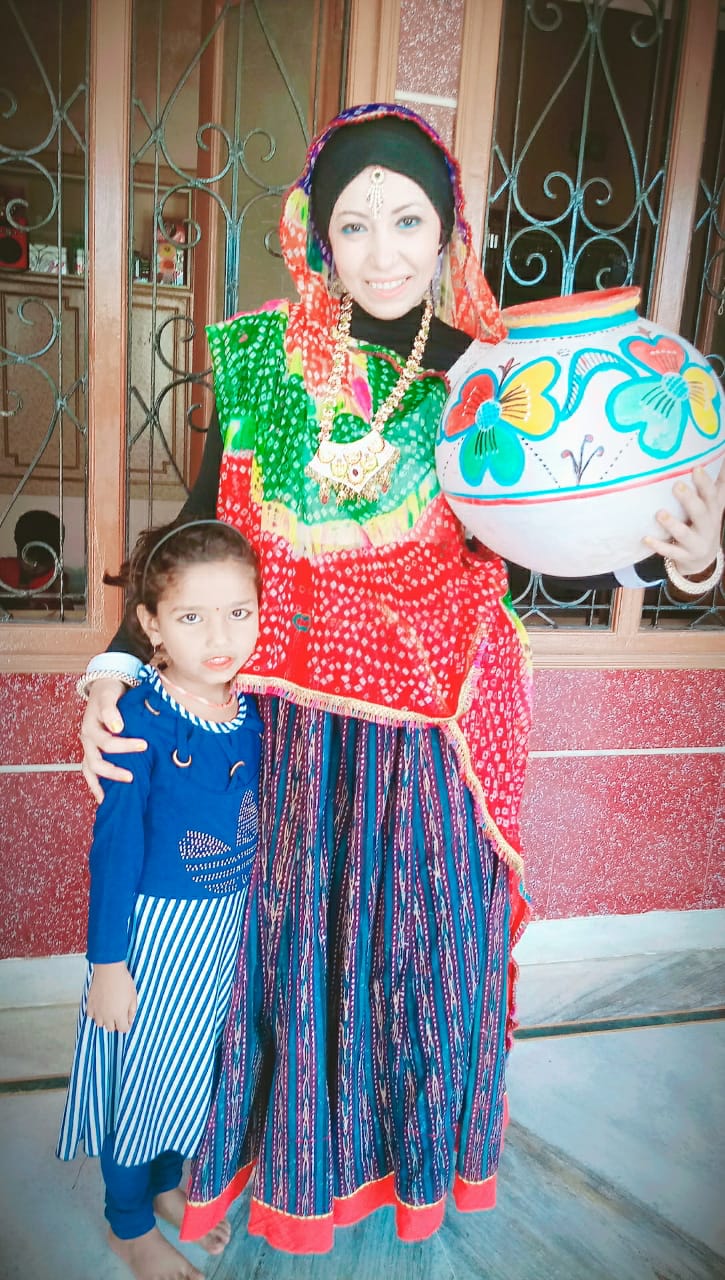 Sally Adel is a 32 years old journalist and novelist from Egypt, considered the first woman to write horror in Arab Region.
"I'm researching countries' mythologies and heritage, comparing ‎cultures among Egypt, China, and the world. Myths have values, morals and glory."
Arvid&Marie 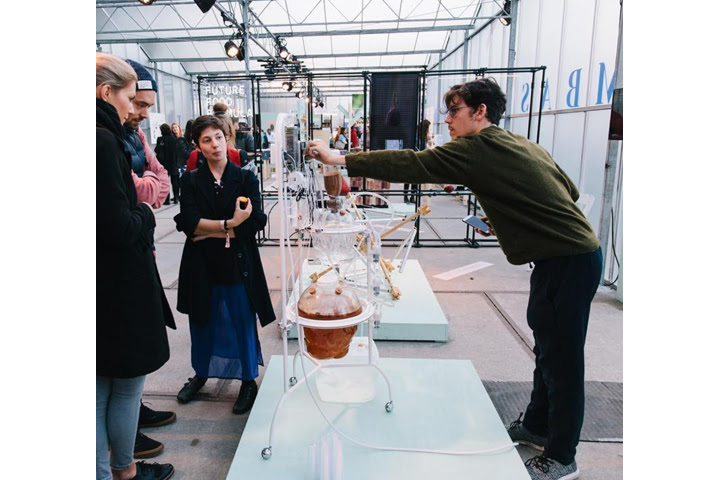 Embassy of Food
Arvid&Marie's research project “Augmented Organisms” will explore the idea of man-made life within the context of the Chinese manufacturing industry and worldview.
Ellen (Jing) Xu 许晶
'Dream’, 2016. Video installation / Mixed media
"Art is the way I process the world internally; the goal of my artwork is to place the viewer inside my head and give them a first-hand experience of this process." - Ellen (Jing) Xu
Alice dos Reis and Emile Frankel 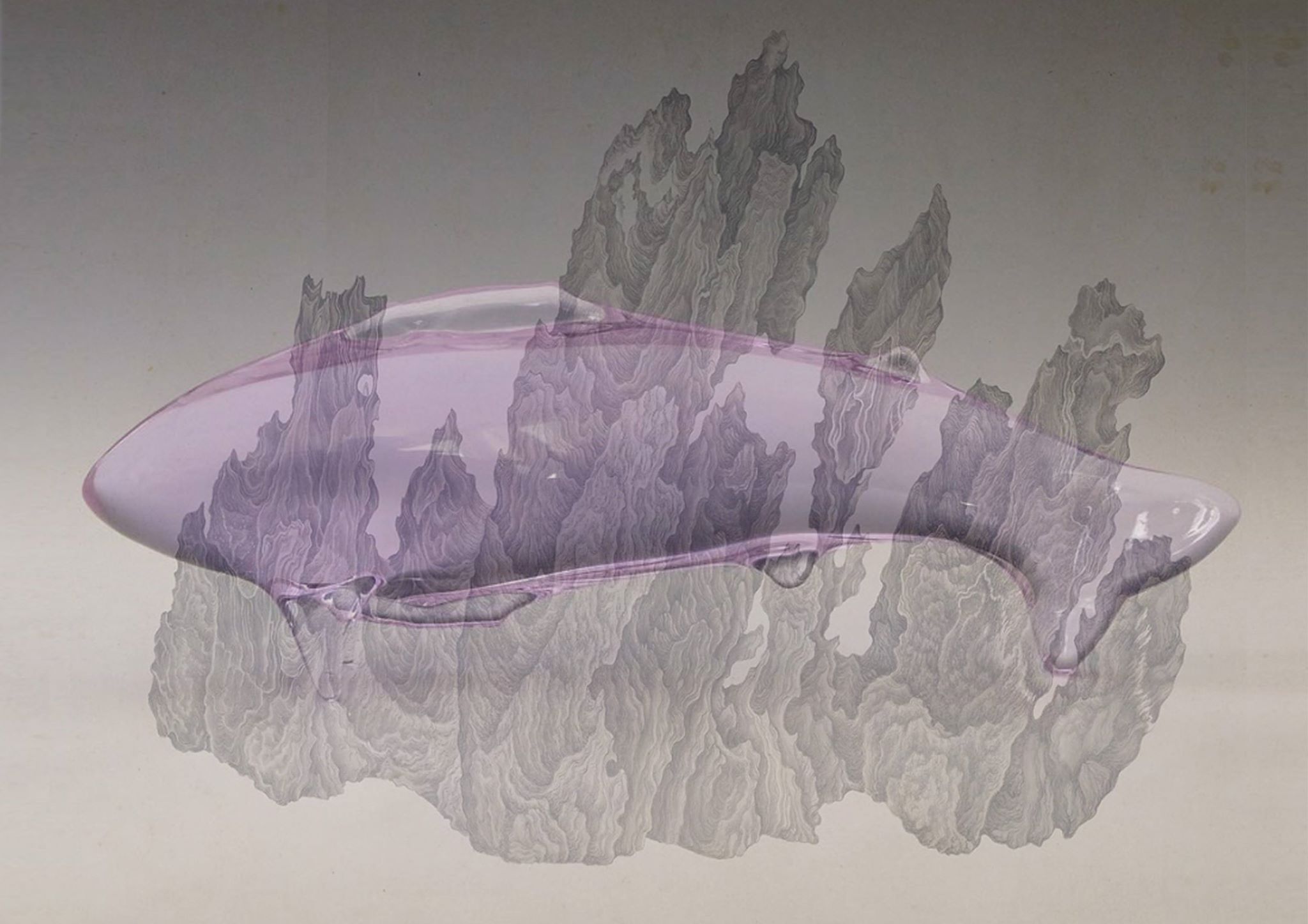 Two studies in rare earth: a neodymium glass sculpture by Miloslav Janku in the shape of a fish, overlaid with Wu Bin's 'Ten Views of a Lingbi Stone’, Ming Dynasty, 1610."
This collaborative research project of visual artist Alice dos Reis, and author Emile Frankel sees the duo comparing oral and written stories of stone in China, to new myths of the rare earth, tales murmured within contemporary technology and our intelligent devices.
Georgina Tsang 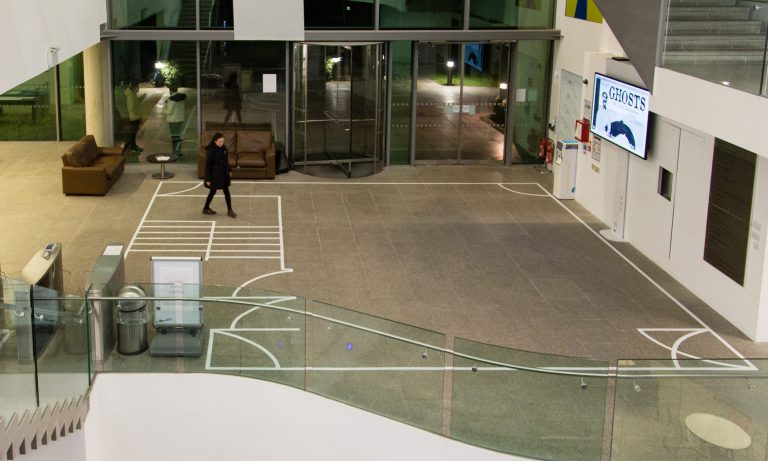 "Grenfell Lobby" 2017, Georgina Tsang. Part of the 'Ghosts' Exhibition at the John Lennon Art and Design Academy, Liverpool, UK
Georgina Tsang is a video and installation artist who works with notions of belonging, meaning and beauty. Her current research focuses on the implications of mixed-race (particularly Chinese) heritage on such artist's practice.
Trent Crawford 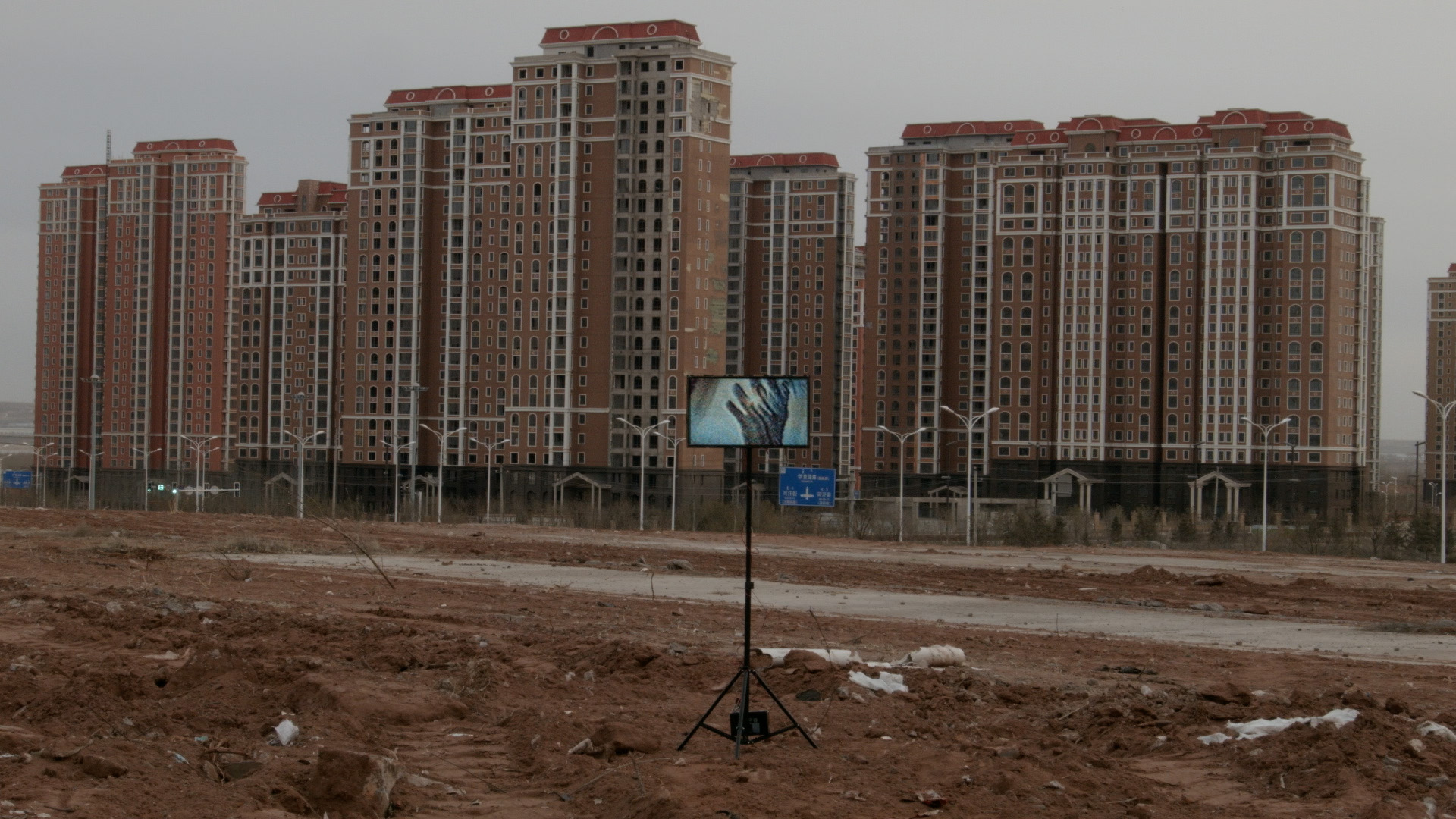 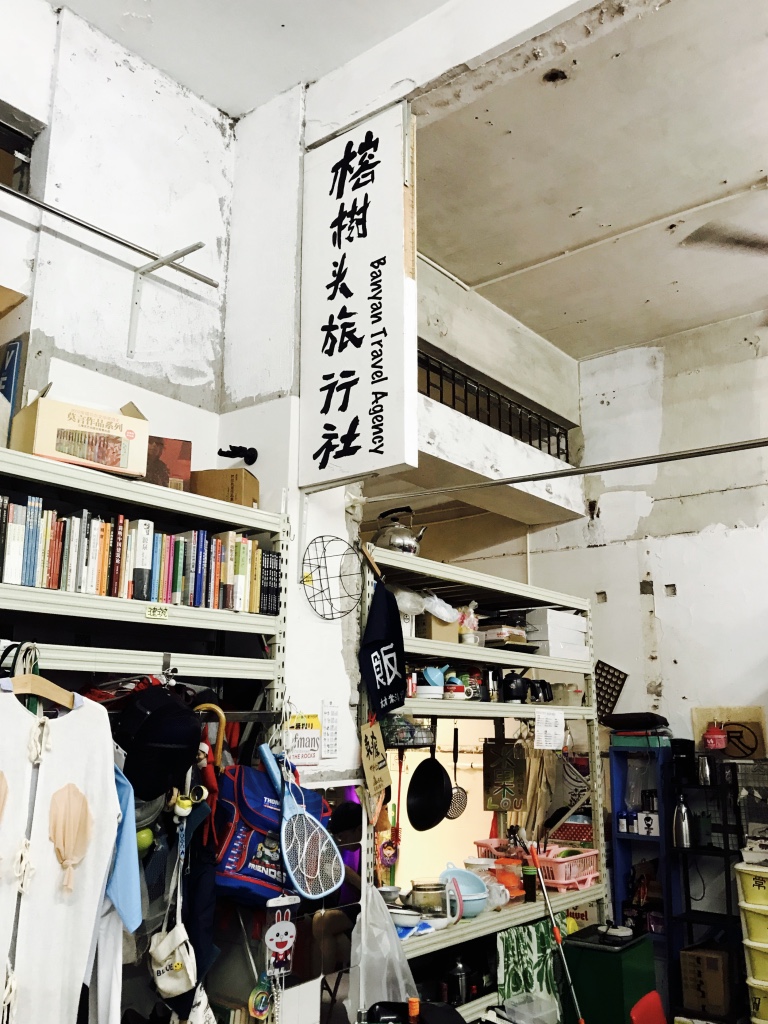 Urban spaces in motion: creative professionals in search for new commons Credits: Justyna Jaguscik & SJT Guangzhou
"As an academic I am interested in confronting challenging cross-disciplinary situations and productive encounters. I believe in socially engaged academic and artistic practice and plan to explore the connections between them in my research project." - Justyna Jaguscik

An American Baby, film still
"HOW TO HAVE AN AMERICAN BABY is a kaleidoscopic voyage, told through multiple perspectives, into the booming shadow economy catering to Chinese birth tourists who travel to the U.S. on “birthing vacations” in order to obtain U.S. citizenship for their babies." Documentary film directed by Leslie Tai
Amy Whitaker
Amy Whitaker, "Blockchain Is the Future of Creative Labor," TEDx FoggyBottom, George Washington University, 2018
Amy Whitaker is an assistant professor Visual Arts Administration who will be researching global case studies for the forthcoming ECONOMICS OF VISUAL ART (Cambridge University Press). She is a researcher on blockchain and creative labor, and author of ART THINKING (published by Harper Business in English and Beijing Mediatime in Mandarin.)
Claire Shiying Li 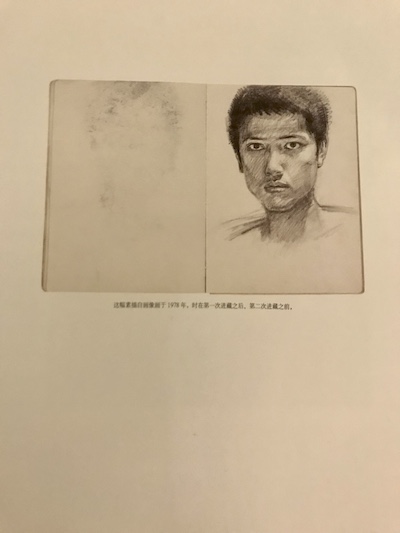 Earlier this year, I took this photo of Chen Danqing’s self portrait, which was printed in the beginning of the book “Wo Yu Xizang Zu Hua”(我与西藏组画)
Claire Shiying Li is an artist and curator based in New York, currently studying issues around traveling and figures of Exile.
Congratulations once again to all of our finalists! The selected participants will be announced by October 8th.