Our 5th open call in honor and memory of China Residencies' co-founder Crystal Ruth Bell received nearly 700 project proposals around the theme Nourish 颐养 from individuals and collectives from all over the world.

The 2018 Crystal Ruth Bell Residency is awarded to Catherine Sarah Young, for her proposal, Future Feast:

"In Beijing, I intend to craft recipes as well as work with local cooks (be it restaurant chefs to food vendors on the street to grandmothers) to explore these themes: 1) Emergency  2) Science Fiction and 3) Our Last Meal. Using the provided sanlunche, I wish to make enough of these dishes to share with some people in the community and ask for their feedback that will inform the final set of original and collaborative recipes to be presented at the end of the residency. What might we eat when it feels like the end of the world? How might we feed ourselves in a future of environmental change while incorporating ideals of cultural heritage and community? The final outcomes include a recipe book together with photography and video documentation, focusing on the community interactions that are created during the residency.

Catherine Sarah Young is a Chinese-Filipina interdisciplinary artist, designer, and writer who creates works that investigate nature, our role in nature, and the tensions between nature and technology, exploring themes such as climate change and sustainability.

Previous work by Catherine Sarah Young: The Sewer Soaperie, image by 1335Mabini
The Sewer Soaperie is a project that turns raw sewage into luxury soaps. During extreme storms in the Anthropocene, many cities are ill­-equipped to handle the flooding that follows. One reason is the coagulated grease in the sewers, with some as big as airplanes, leading these to be named “fatbergs”. Among the sources of grease is used oil that is poured into sinks, which drains into the sewers, and hardens in the pipes. The world already experiences extreme storms because of climate change, and cities will experience even more flooding that is exacerbated by human actions. The artist raises awareness on this by taking the grease from different points of its journey— from the used cooking oil that restaurants throw in the sewers, to raw sewage, to grease that hardened in open pipes. These were sterilized and turned into luxury soaps through the artist’s saponification experiments. She started this in Medellin, Colombia during a residency and continued it in Manila, Philippines.

Listed below are the shortlisted finalists for the 5th Crystal Ruth Bell Residency: 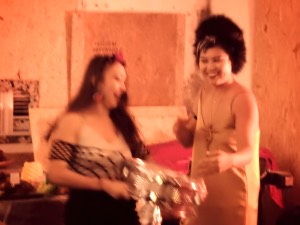 Dr. USBA, a mysterious and mischievous Hong Kong-based art creature, the exalted founder of a hedonic and hysteric religion Orangeudaism, demanded his two carbon-based bipedal assistants yi di brusda and sapphire ketchup to create a Pickle Museum in Beijing this winter, by collecting different local pickling recipes, stories and sample pickles from the community, to present finally an immersive installation and a participative performance followed by a pickle banquet. 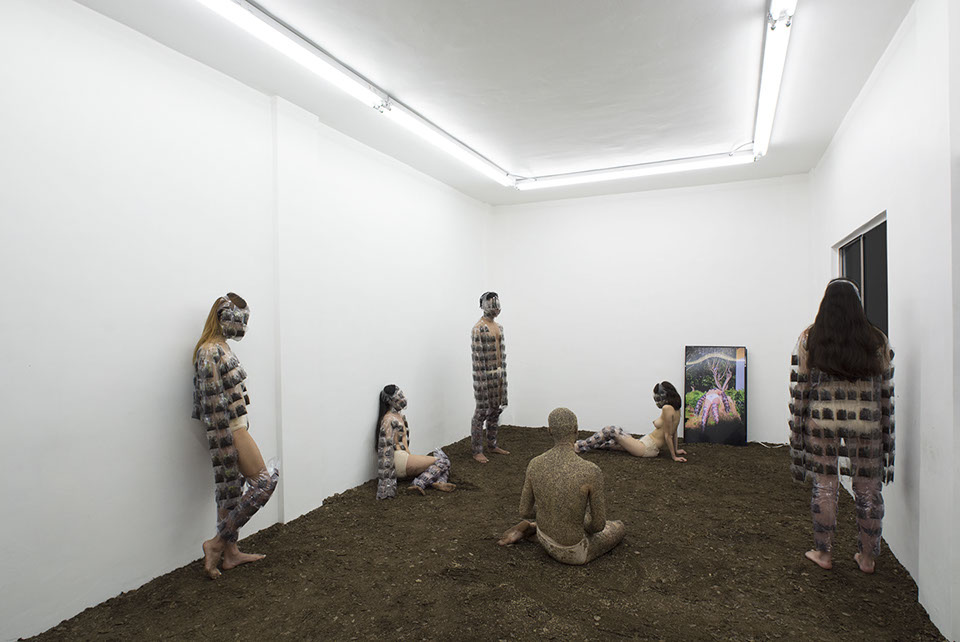 Germination, 2017, Performance with plastic garments and installation made of soil, seeds, plants, monitor and ambient music for plants

Alexis Martinez Gutierrez is a visual artist from Tijuana, Mexico whose current artistic practice revolves around installation and performance. "My proposal for the 5th Crystal Ruth Bell residency is an interdisciplinary approach around the act of dressing and our relationship with nature." 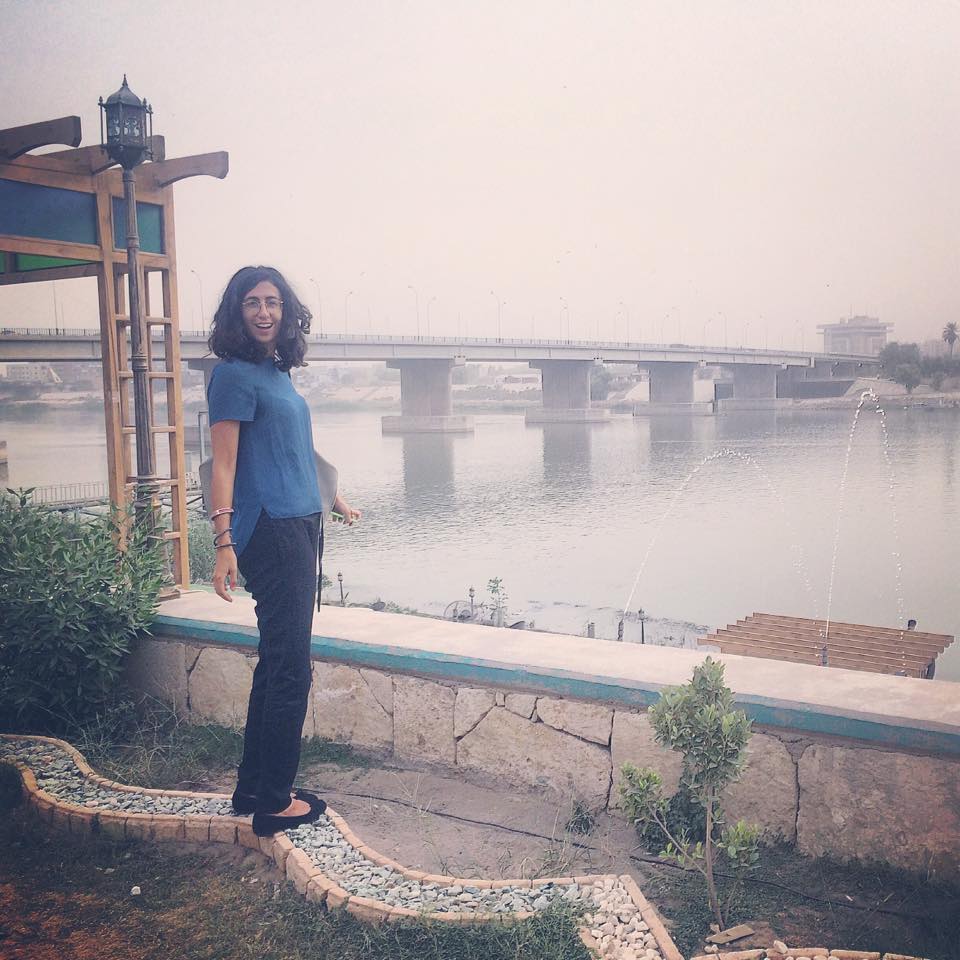 Baghdad, on the bank of the Tigris river, 2015. Photo: Ayman Al Amiri

"I’m interested in the intersections between art, design and politics, my project will develop the prototype for a new noodle based on imagined futures along the New Silk Roads." 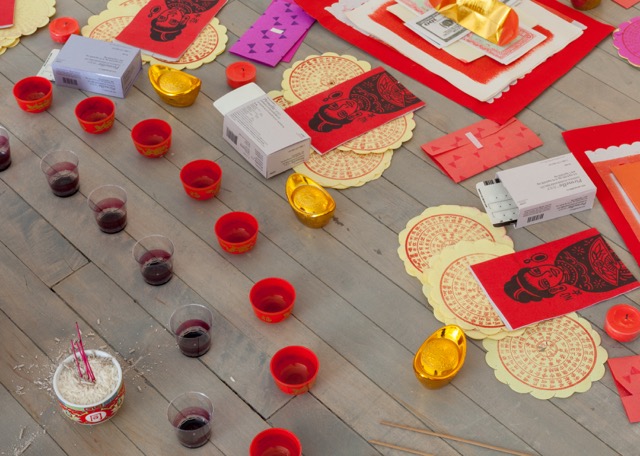 "The Chant of 21" image by Clara Lacasse

"My current research centres on learning a method of collaborating and holding space with ghosts through profane and everyday rituals, such as hosting a meal. I am interested in learning how to engage the dead or the concept of imaging the past into the present as a process of reconciliation. " 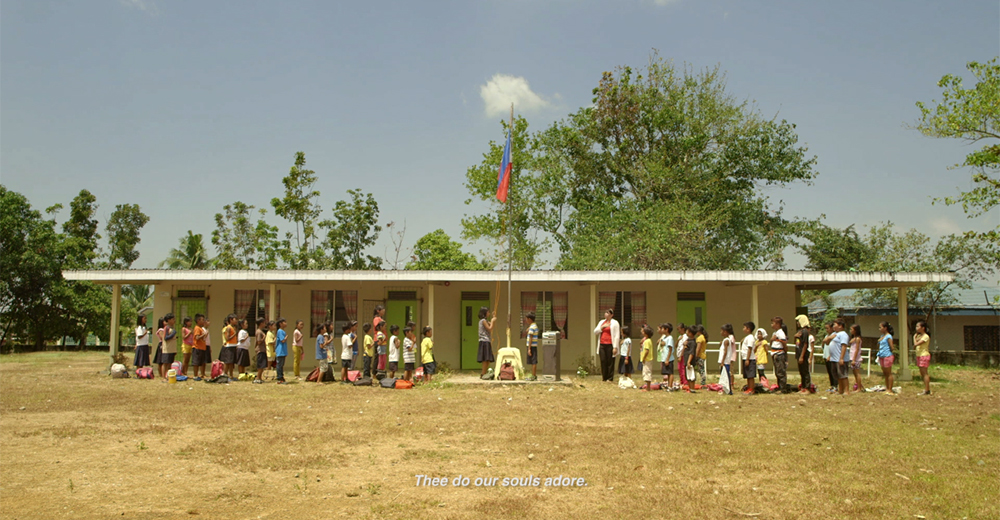 Jhayle Meer is a writer and filmmaker from the Philippines with works that explore social boundaries and female experiences.

(The Making of the Bread Woman) by Agnese Morganti, LATO Prato, Italy, 2012

"We are a mother and daughter artistic duo focusing on visual arts and food research. We live and work together. Photography and food are ever present and deeply rooted in our environment and poetics, inspired first and foremost by daily life. The camera is a kitchen utensil. Food is both artistic matter and a daily necessity.

During our residency in China we plan to research how contemporary and traditional Chinese and Italian cultures look at food vessels, devising a new artistic strategy to blend artistic research and necessity, memory and innovation, foods and containers – all in a bowl." 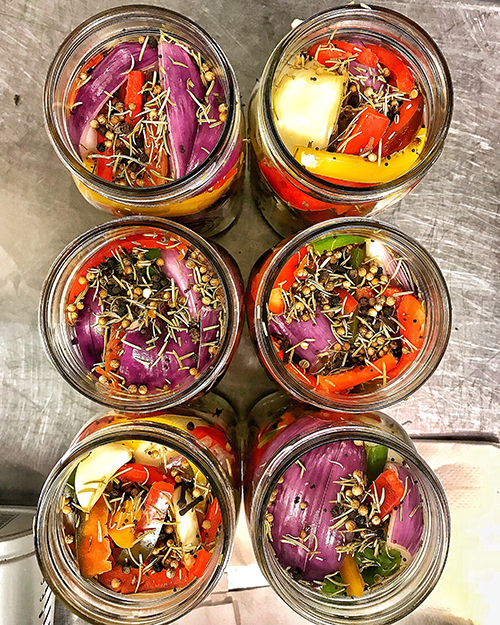 "I am a Diasporic BoriCuir food maker and grower who uses art as a tool for organizing and remembering inter-generational knowledge." 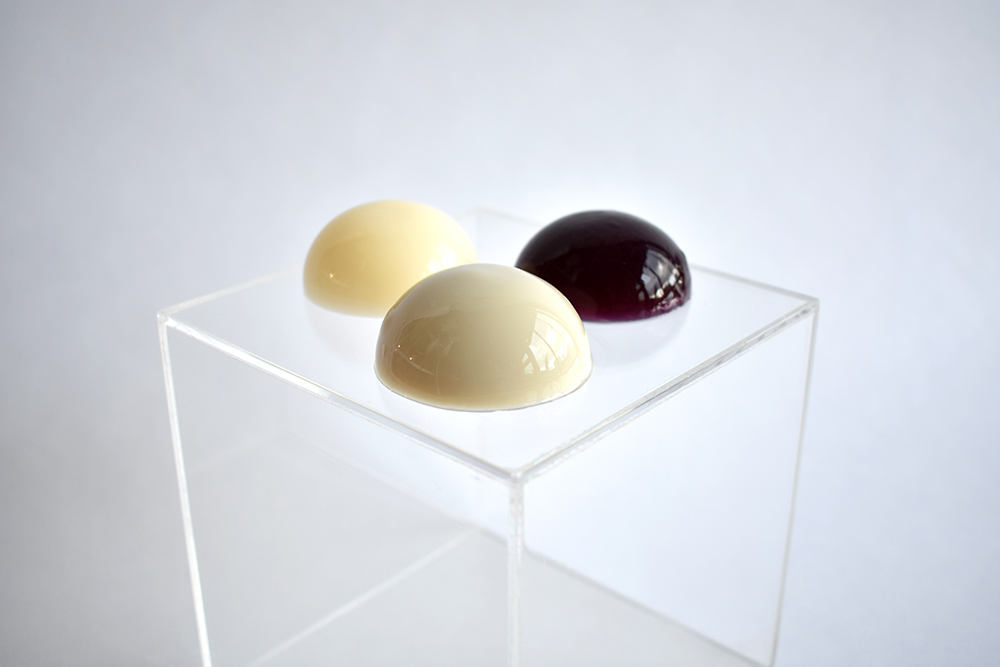 "During my residency, I'd like to interview immigrants and members of the North Korean diaspora in Beijing about the flavors they identify with and want to hold on to.  I will then create a series of jellies infused with the flavors described by the people that I interviewed." 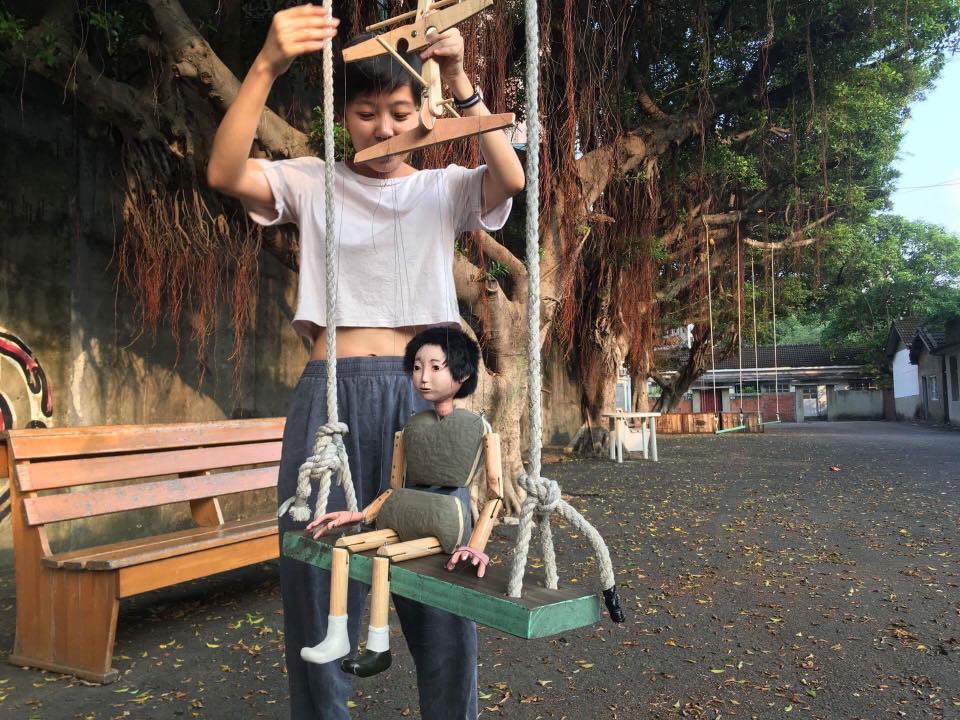 Yu En Ping is a puppet-maker and performer from Taipei, Taiwan. She refines her craft by exploring different materials and puppet-making techniques, and her performances revolve around the use of the body and its interactions with puppets and objects. She works with theater groups and performing artists both locally and worldwide, and develops her solo career through independent projects.

"A folded family memory on the dining table. " 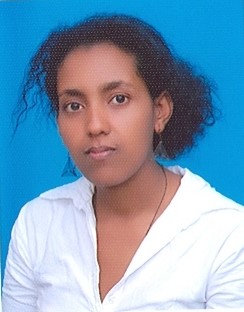 Dr.  Seblwongiel Ayenalem is a social worker by profession and her proposal focuses on “Nourishing Mothers during Postpartum Period (Aras bét  in Amharic) through community development approach”, comparing Aras bét practices with the Chinese practice of zuo yuezi or "sitting the month." 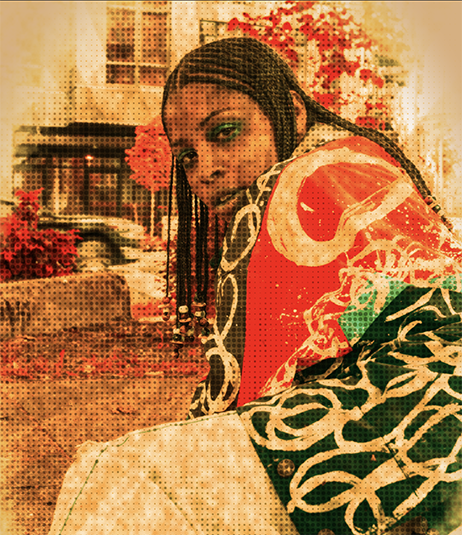 JOY MA! is an emerging, interdisciplinary artist who delves in media including experimental music production and passionate about bridging the arts, historical research, and community organizing for racial, economic, and gender justice. The Beijing community is invited to be a part of an oral history multimedia archive, Food To Power: Remixed Histories + Truths, that will document both Chinese and other ethnic groups’ experiences with various food styles through an open, interactive mapping installation. 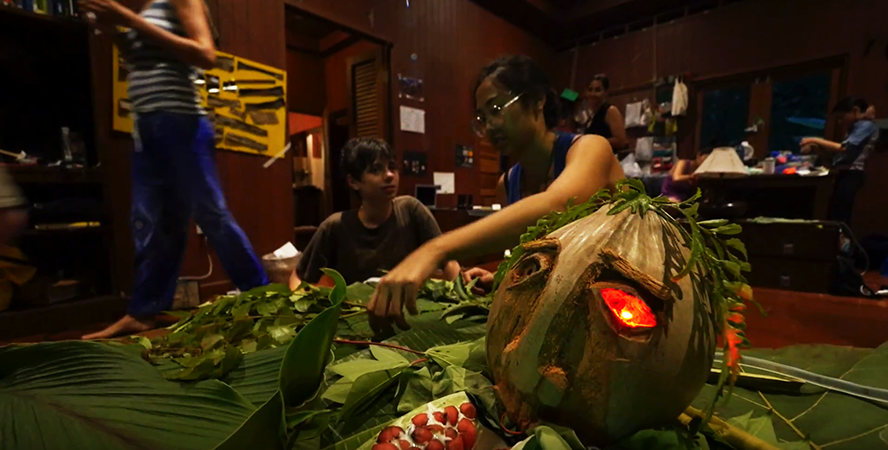 Jen and DinnerCon helper, Blue, construct the place setting as Grace and the rest of the crew prepare the meal. DinnerCon Dan supervises.

Jen and Grace, artists with Chinese diaspora roots, are both interested in using social aspects of interactive art and technology to engage with local communities around the world. 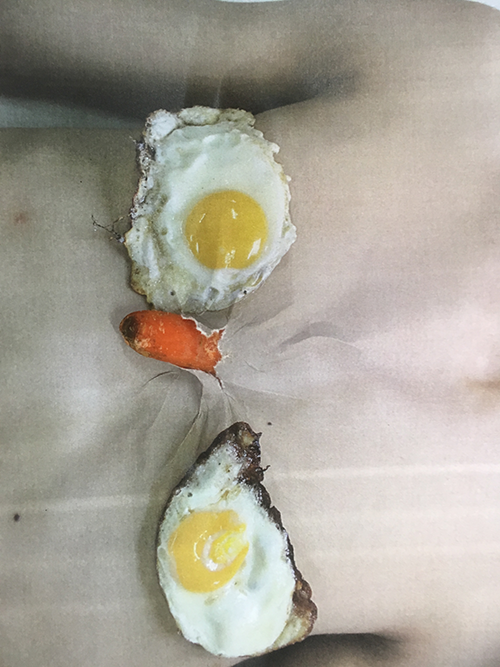 "If the sexual is about opening up and taking part in the bigger life energy, then it has of course a lot to do with art, which means that we are definitely talking about how we nourish and express ourselves, bringing us back to the fact that we still need more fuckable vegetables as well as more dubious encounters with ourselves." 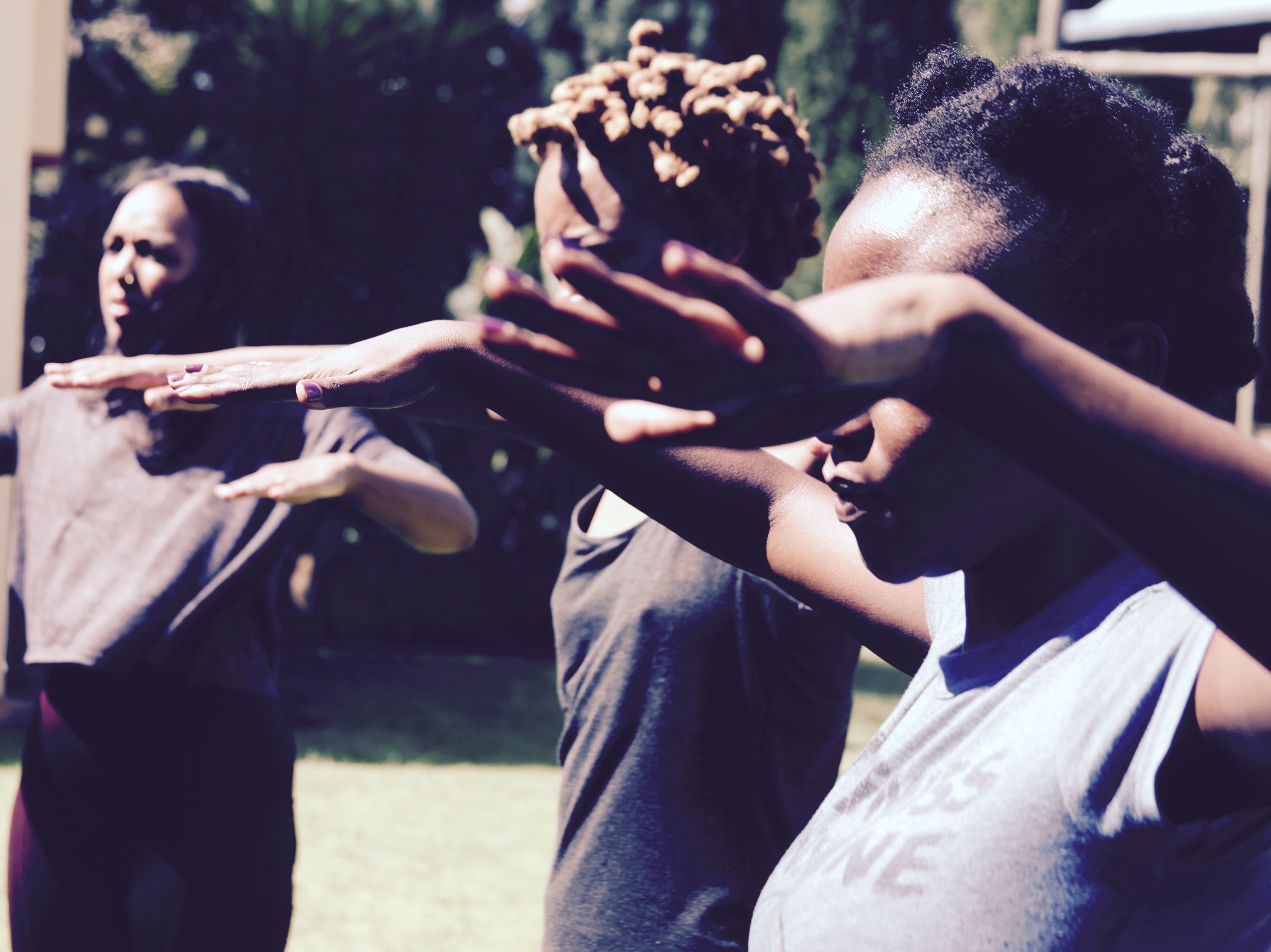 "We created Bula Pelo ceremonies as pop-up womb-healing interventions.  We are looking to explore the idea of ‘womb foods’ and  the interchanging wisdoms between Chinese and African indigenous knowledge systems. Our findings live as an active archive and evolving repository of bold acts of personal and collective womb healing practices rooted in embodied knowledge wisdoms." 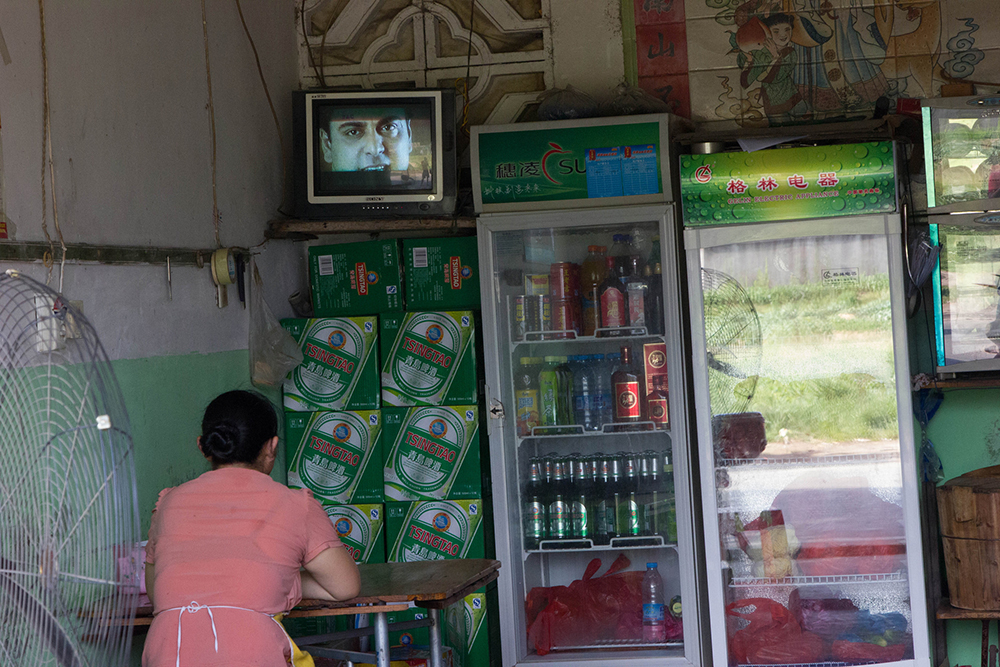 Image by Lawrence Wu, from his "Livelihood" series

"During our residency, we’d like to host a series of dinner parties for workers and labor organizers, and to document the conversations that take place during food prep, cooking, and eating together in a mock recipe book that serves as a manual of revolutionary hope, a celebration of the worker as a human individual, and a product of a culture of care."

Ying Yu Situ is a storyteller, educator, and community organizer whose practice revolves around art as an opportunity for communities to gather, grow, and resist.

Lawrence Wu is a podcast producer and photojournalist living between D.C and New York.