Lijiang Studio is a unique residency on a farm in a magnificent valley in the Yunnan mountains. Artist are encouraged to come for longer residencies,  discovering and immersing themselves into a different way of life to create works that incorporate the land and engage the community. We sat down with Lijiang studio's founder Jay Brown and his two playful dogs in the residency's courtyard to ask about southern China, the Naxi minority culture, and how this residency came to be.

China Residencies: How did this all start?

Jay Brown: I first came to Yunnan in 2002, working for the Nature Conservancy. I wanted to get back into the art world through residencies, because I wanted to work directly with artists. I had worked on projects with [TCG Nordica's] Liu Fei in Kunming, which was a fun starting point.

I really wanted to be somewhere in the mountains, in a rural, self-sufficient area in China, because I felt that the communities around here, in border areas, were more or less autonomous from the state and mainstream society. It's an interesting place to test out certain art practices in the community.

CR: How did you find these courtyard houses?

JB: I asked a friend who's from Lijiang if he knew of any empty houses and he took me here. "Grandfather" [the patriarch in the neighboring family] was the first person I met and he loved the idea. He was excited for his grandkids to learn English and thought it would be a great opportunity for them since the world was changing so fast. 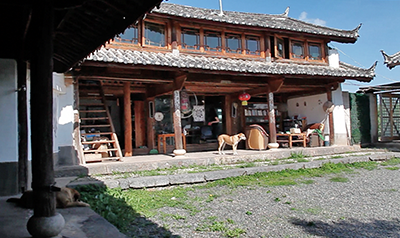 These buildings were empty, people were just raising ducks in here, so I met the landlord and we worked out a 10 year rental. [A large dog lies down at Jay's feet] Doudou just had a puppy a couple weeks ago. These buildings are probably over 100 years old, but we added nice things like showers, hot water, electricity, and wifi.

CR: How do you find your resident artists?

JB: Within a little while, we already had a strong word-of-mouth network. People who had been here, who knew what it was like, could offer a recommendation that was much more valuable than an application. On the other hand, some people heard about us and just showed up! It continuers to be a mix of accidental meetings with people who are interested, and recommendations from trusted persons.

CR: How long do you like artists to stay?

JB: Longer is better. It's not always possible to stay for 6 months, but if they can that's great. I like when people have time to rethink things.

CR: What kinds of projects are you interested in encouraging?

JB: Over time, the projects that are more interesting are the one that involves this place more deeply. It's impossible to orchestrate that in advance, you have to get to know people and build trust.

I'm a little bit weary of people who do the same project everywhere, of projects that don't need to happen here specifically, unless someone has a really good idea…

CR: How are residencies funded?

JB: The costs are distributed between the artist and the residency. They have to pay for their way to get here and bring their own equipment if needed. We'll provide basic materials and living, eating and sleeping facilities. We don't give artists a stipend, and they don't pay to be here.

CR: What's interesting and special about this place?

JB: The tourism boom happened after we came, and it's a drag. This village is great - it's near a city, but it's also near the more remote villages in the mountain. Being a small farm is interesting [there are pigs, chickens, dogs, a goat and a horse on the farm that grows peaches, pears and other crops.] Being in a non-Han ethnicity is interesting: the Naxi people were nomadic until they settled in the Lijiang valley. They traded in horse caravans from Lhassa all the way to Kunming, the Naxi men usually spend half their time on the road. 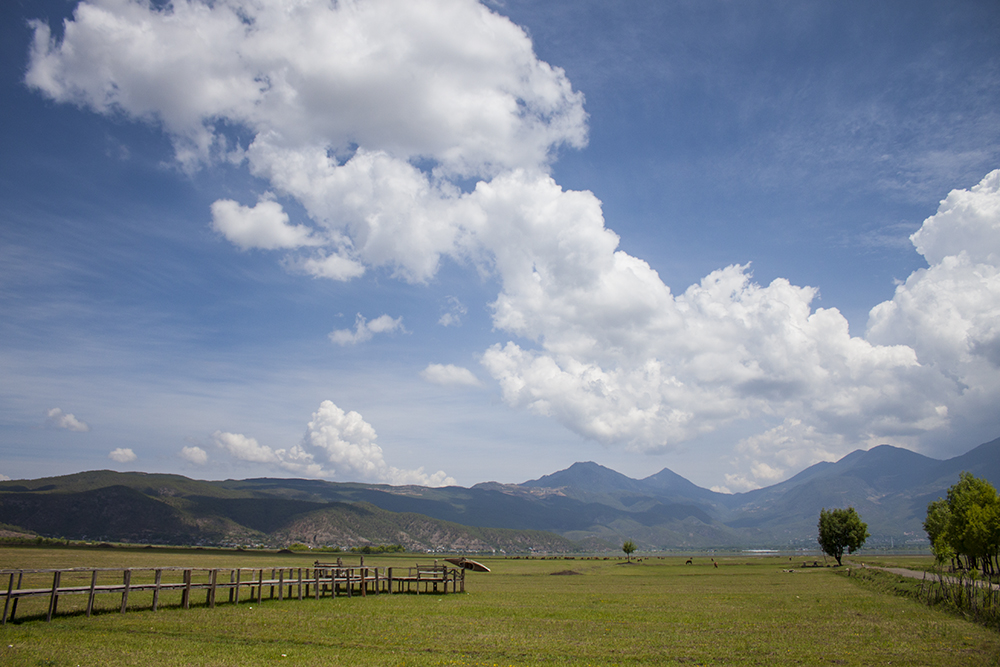 This interview was conducted in Lijiang by Crystal Ruth Bell & Kira Simon-Kennedy for China Residencies.